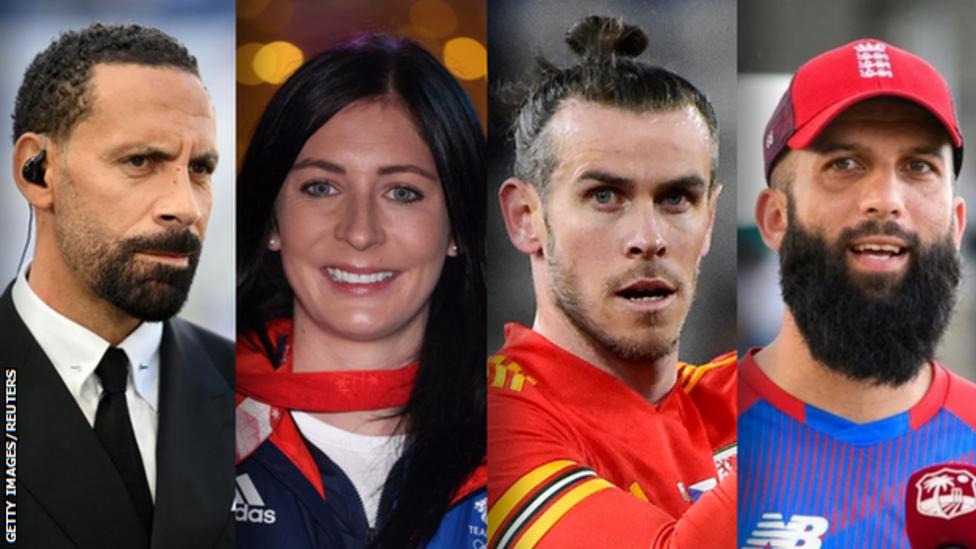 Muirhead won curling gold at the Beijing Winter Olympics and has been made an OBE, while the rest of her team become MBEs.

Moeen and Ferdinand are both made an OBE, while Wales footballer Gareth Bale becomes an MBE.

Broadcaster Clare Balding and Tracey Crouch MP are both made CBEs.

The latest round of honours are to mark the Queen’s Jubilee Birthday celebrations to mark 70 years of service.

Former sports minister Crouch chaired a fan-led review of football following a number of high-profile crises in the sport, such as the failed European Super League and the collapse of Bury FC. Its primary recommendation to create a new independent regulator for English football has been endorsed by the government.

Balding is recognised for her ability in front of the camera and her charity work. She holds ambassadorial positions with many organisations, including StreetVet and the Helen Rollason Cancer Charity.

Simpson brothers Neil and Andrew are also included on the list of MBEs after both winning gold at the Paralympic Games.

Younger brother Neil, 19, was guided by brother Andrew, 21, to become GB’s third-ever Winter Games gold medallist and the first male to achieve the feat after successes for Kelly Gallagher in 2014 and Menna Fitzpatrick in 2018.

Scot Muirhead, 32, who has appeared at four Olympics, added to the bronze she won in Sochi in 2014.

England and Worcestershire all-rounder Moeen, 34, announced his retirement from Test cricket in September 2021 but has continued to play for the limited-overs side and was part of the Twenty20 team to reach the semi-finals of last year’s World Cup.

Television pundit and former Manchester United, Leeds, West Ham and England defender Ferdinand is honoured for services to football and charity. He set up the Rio Ferdinand Foundation this year, which works with young people and aids community development.

Others made an OBE include former England footballers Mike Summerbee and Luther Blissett, who starred for Manchester City and Watford respectively.

He is joined as an MBE by veteran Liverpool and former England midfielder James Milner.

In the past season Milner helped Liverpool win the FA Cup and League Cup, as well as reach the Champions League final.

Richard Bevan, the chief executive of the League Managers’ Association, has also been made an OBE while former Scotland and Hibernian goalkeeper Alan Rough is an MBE.

Husband and wife Neil and Lora Fachie are MBEs after both winning Paralympic cycling gold within the space of 16 minutes.

Neil and pilot Matt Rotherham smashed their own world record to win gold in the B 1,000m time trial, before Lora and Corrine Hall successfully retained their B 3,000m pursuit crown.

Gaz Choudhry, who won Paralympic wheelchair basketball bronze and coached the team in Tokyo and Para-athlete Sammi Kinghorn, a Paralympic silver and bronze medallist, are both made MBEs.

Georgina Harland is also an MBE for her work as the first female chef de mission of the British Olympic Association for the Winter Olympics.

Swimmer Hannah Miley, who represented Britain in swimming at three Olympic Games and won the Commonwealth Games 400m individual medley titles in 2010 and 2014, has also been recognised with an MBE.