Fatal Accident on i-90 Today 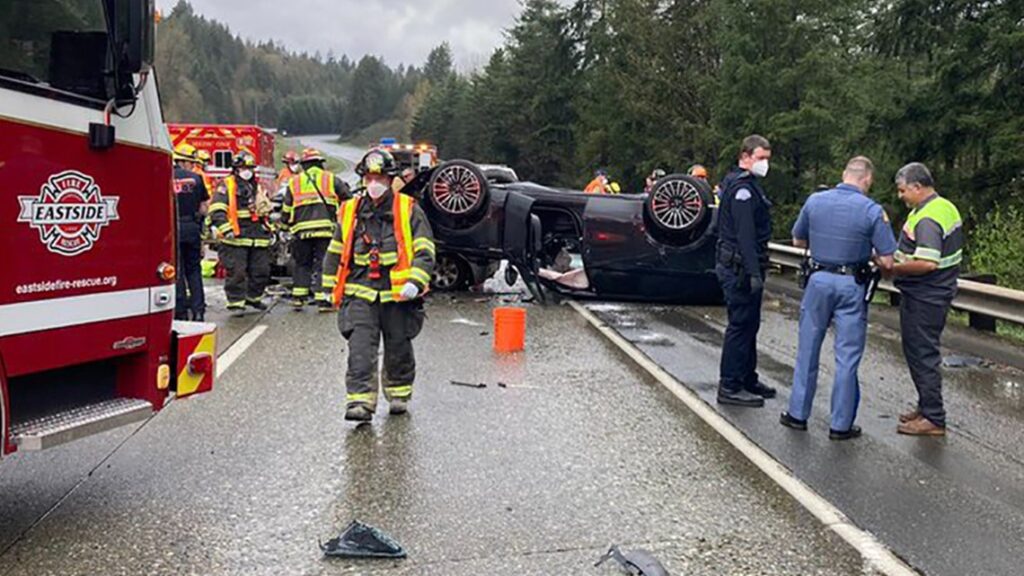 Fatal Accidents on I-90 Today

The driver of a Nissan struck a parked car on I-90 today, killing the woman inside. She was 62 years old. The truck then hit another vehicle and smashed into it, blocking the westbound lanes of the freeway for several hours. Despite the speed limit and weather conditions, she succumbed to her injuries. Her death was the latest in a long string of fatal car accidents on I-90.

Martha Lilian Llanos Rodriguez, 30, was riding in a 2021 Chevrolet hatchback with three other people when she was hit by a semi truck on the freeway. She was attempting to avoid downed power lines and was hit by a semi truck. The accident left Llanos dead. The driver of the semi, Francisco Alvaros Campos, was also injured in the crash.

The other two drivers in the car were not seriously injured in the crash. The woman was transported to the hospital in a helicopter, where she later died. Police say she was not wearing a seatbelt and did not drive drunk. The driver of the other car, a 30-year-old man from Mexico, was not hurt.

a semi-truck hit a stopped vehicle

An investigation is underway after a semi-truck collided with a stopped car on Interstate 90 today, blocking traffic for hours. The collision was caught on a video posted on YouTube taken by the vehicle in front of the semi-truck. According to Illinois State Police Capt. Robert Meeder, investigators are aiming to identify the person who took the video and get a witness statement.

Police are investigating whether the crash was intentional or a result of human error. Regardless of the circumstances, it’s important to call 911 as soon as possible after an accident. At this time, there is no official word on the driver of the semi-truck, but the accident remains tragic for all involved. Thankfully, the driver was not seriously injured.

A head-on crash has claimed the life of a Whitefish woman. The driver of a 2013 Toyota RAV4 rear-ended a parked Freightliner truck. The driver of the Toyota was taken to a local hospital, but was not identified. The investigation continues. It is believed that drugs and alcohol played a role in the crash. However, the driver has yet to be identified.

Two vehicles collided near I-90 near Issaquah, Washington, today. One car crossed the median and hit a trailer driven by the Washington State Department of Transportation. The driver of the vehicle that hit the other vehicle died at the scene, but the woman in the other car survived the crash and was taken to the hospital. Two lanes were closed for several hours as investigators investigated the crash.

A wrong-way driver drove the wrong way on the Indiana Toll Road, which is located about five miles east of the Indiana-Illinois state line. The driver crashed head-on into a Honda HR-V and was flown to the University of Chicago Medical Center. The woman was pronounced dead at the scene, but the driver of the Honda was injured and airlifted to a hospital in Chicago. Police believe that drugs or alcohol may have played a part in the accident. The Toll Road was closed for four hours, but reopened at 7 a.m.

Montana Highway Patrol and the Gallatin County Sheriff’s Office are investigating a fatal crash on I-90 today. It happened near mile marker 294 in Belgrade, and involved a passenger car that crossed the median and into the westbound lanes. The 27-year-old man was ejected from his vehicle and died as a result. Alcohol and speed are suspected factors.

Authorities are investigating whether a semi-trailer was involved in the accident. Police say a 33-year-old woman from Gallatin County was killed in the crash. The male driver was also seriously injured and flown to a Billings hospital. Police have not released the names of the victims. They are currently investigating the crash.

A two-vehicle crash on I-90 near Livingston has killed an 82-year-old Livingston woman and injured a 45-year-old Missouri woman. The collision occurred at mile marker 342 on I-90. The Corolla collided with the Honda SUV eastbound. Both drivers were wearing seatbelts. Alcohol or drugs were not suspected as a factor in the crash.

The Washington State Patrol says the car that hit the driver of the Honda SUV crossed the median and struck the vehicle going the opposite direction. The crash also caused the other car to crash into the rear of the Toyota. While the accident occurred near the 132-mile marker, it was not known if the truck struck the SUV. After the crash, the interstate was closed to traffic until 1 a.m. Traffic was diverted to a frontage road.

Authorities are investigating the cause of a deadly motorcycle crash that occurred on I-90 in Seattle early today. The motorcyclist, 72-year-old David P. Oglesbee, lost control of his motorcycle on a curve near Liberty Lake. He was thrown from the motorcycle and was pronounced dead at Advocate Illinois Masonic Medical Center. The incident happened at about 2 a.m. The motorcyclist was not wearing a motorcycle helmet when he lost control and crashed.

The crash occurred at the 101-mile marker of the highway, blocking multiple lanes. The Massachusetts State Police responded to the crash, and the Boston Fire Department rushed to the scene. The accident is still under investigation. The driver of the truck was allegedly outside the vehicle inspecting a malfunction when he was hit by the car, a sedan driven by a 17-year-old.