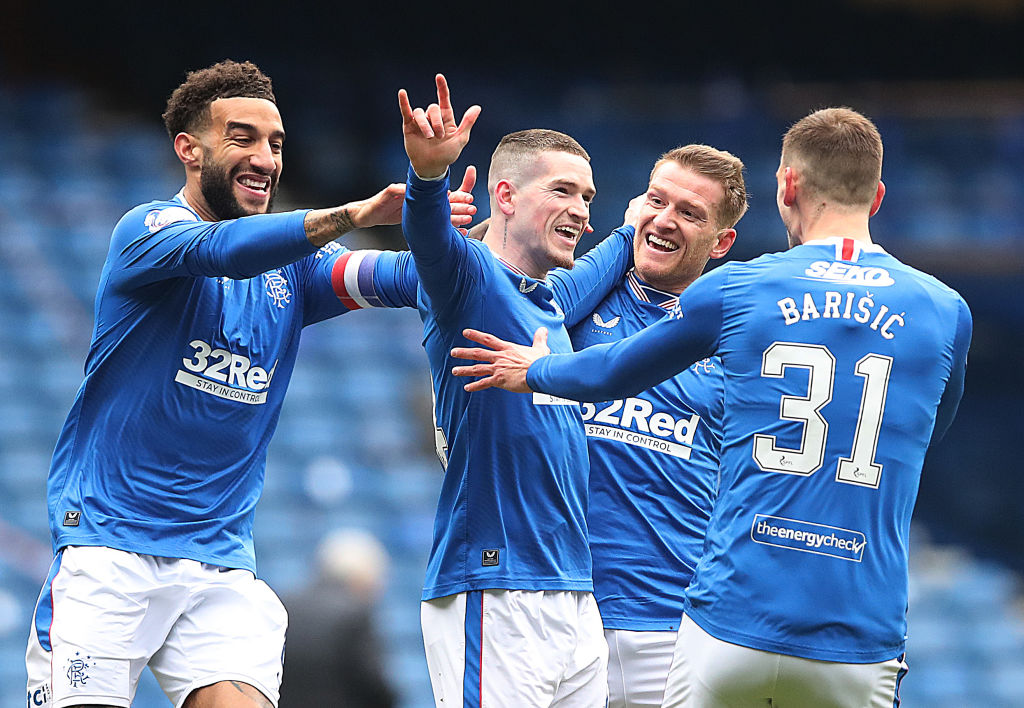 Football’s capacity to punish the profligate is alive and well, as are Rangers in the Champions League.

Antonio Colak – or Goalak as we may as well call him given the wonderful beginning to his life as a Rangers man – did what a battalion of PSV men singularly failed to do in an increasingly slapstick fashion, as a dramatic evening in Eindhoven wore on.

In finding the net on the hour, Colak not only fired his team into a promised land of glory and riches, he also condemned the hosts to a purgatory entirely of their own making.

Luuk de Jong could have changed the story had he not failed by inches to convert a cross when the tie was still level. Ibrahim Sangare could have done it, but he couldn’t execute a free header from a corner.

Ismael Saibari could have turned it in PSV’s favour, but his shot was deflected narrowly wide. De Jong had a second bite, but his effort went straight at the excellent Jon McLaughlin. Cody Gakpo – pursued by half of the heavy-hitting clubs on the continent, so we’re told – should have put PSV ahead, but he scooped his shot over the Rangers crossbar.

That was all before half-time. Rangers needed that whistle like they needed their next breath.

Five chances in seven minutes. Hanging on. Surviving, but for how long? Offering little down the other end, but it couldn’t continue, could it? PSV would have been frustrated but surely calm in the belief that something would stick sooner or later.

Rangers couldn’t get out, couldn’t find much accuracy, couldn’t offer much hope to their supporters who, in their own minds, must have been steeling themselves to say their goodbyes to the possibilities of Thursday’s draw, the hope of a Real Madrid and a Liverpool, the glamour of a Manchester City and a Juventus. Hello, Europa League, old friend. We’re back.

Then, wow! Tom Lawrence hit the PSV crossbar with a lusty hit that Walter Benitez in goal never got close to. PSV reacted like a prize fighter who’d suddenly taken a heavy shot flush on the chin. Not down, but dazed.

Then, double wow! Andre Ramalho was probably entitled to miss the danger presented by Malik Tillman in that moment because Tillman hadn’t really been mapped offensively to that point. The Bayern Munich loanee worked hard to get involved in the game, but the most powerful telescopic lens couldn’t have picked him out in the opening hour.

What did it matter, though, when he could pounce as he did, ransacking Ramalho and squaring for Colak to score? The game is about big moments and this was a seismic one. A mega-money goal, one of the most glorious tap-ins in Rangers’ history.

The striker dumped Rangers out of the Champions League last season as poacher-in-chief for Malmo. For Rangers, this was a delicious example of poacher turned game-winner.

Giovanni van Bronckhorst made a very wise decision when bringing the big Croat to Glasgow. Strong and ruthless and with five goals in his last six games, he’s been a revelation. Three of the five have been in the testing ground of Europe. The guy has had to live off scraps in these games with PSV and yet he’s ended up with two goals.

There’s another Rangers striker who was sitting at home in Glasgow who could learn much from Colak’s hunger. Van Bronckhorst made another wise call in leaving Alfredo Morelos at home.

Strong leadership, that. No sugar coating it. No camouflaging the reasons why the striker wasn’t on the trip. By leaving Morelos behind in Glasgow, and then explaining precisely why he did it, he displayed a non-negotiable regard for standard-setting. This was a terrific night for the manager in every way.

Colak’s goal rocked PSV to their core. All the while you sensed that they couldn’t go on missing their chances, but they did. Philipp Max failed to find the target. McLaughlin denied Gakpo. Armando Obispo lashed one wide.

Rangers dug in and saw it out. They’d only won a single away game in Europe since the beginning of last season. They’d lost the last four and hadn’t scored in three of them.

They had a lot to overcome – the Morelos circus and the pressure PSV applied – but this is a team that is used to winning all or nothing matches, albeit usually at home. This time they brought the party on the road.

A doggedness got them through. It was a doggedness we saw an awful lot from them last season, a character that has taken them to where they want to be – in with the truly big boys of Europe.

PSV will bemoan their finishing, but let them. They will be sickened by their wastefulness but Rangers will leave them to their post-mortem. They have six wonderful examinations of their own to think about instead.

The draw is on Thursday. Two Scottish teams in there for the first time in a decade and a half. It’s heady stuff.